Paco Rabanne...Those were the days...

It's clear that the main focus or "star" of this photo is the Paco Rabanne dress worn by the model, however I posted this photograph because it shows a scene of a night party circa 1966-1967. Looking at it just makes me realize how party/dress etiquette has gradually been disappearing throughout the decades...a point and thought I've read on many blogs. Unfortunately it has been a massive loss, however there are still some that know how to dress well according to the ocassion...some kind of rare "species". And although Paco Rabanne's designs were mainly for women, his 60s dresses and clothing made out of plastic and metal helped him earn an iconic place in this decade's fashion. 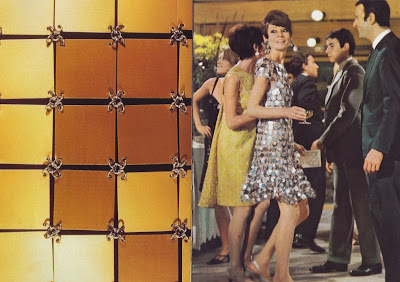 Peter Fonda and Dennis Hopper in Cannes during the promotion of "Easy Rider". It seems they mixed "modern" clothing with ethnic inspired pieces...Worth noticing Fonda's leather jacket and Hopper's Safari jacket and necklace. 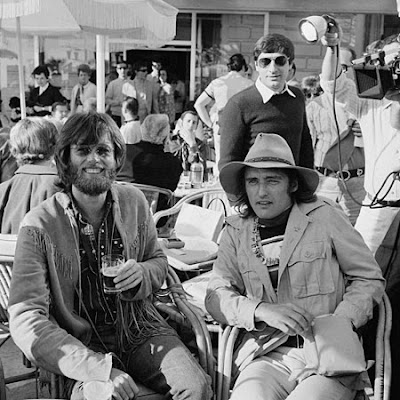 Photo: GQ
Posted by RetroVintageModStyle at 5:12 PM No comments:

William Dafoe posing in the late 60s/early 70s on the harbor of probably San Francisco. The color coordination is just fantastic! Photo: GQ
Posted by RetroVintageModStyle at 11:41 AM 3 comments:

Another pic from Bianca Jagger's legendary party at Studio 54. I really like Mick Jagger's outfit, it shows how his style evolved from the crazy fads he wore in the 60s to something more classic and elegant in the 70s. What makes his outfit brilliant is that it can be really from any decade...60s, 70s, 80s, 90, or even 00s. 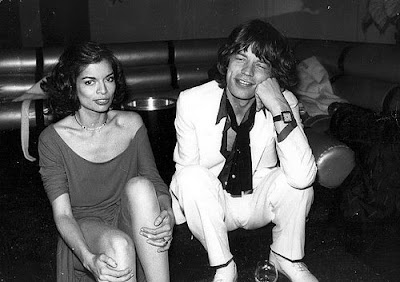 Photo: Flickr
Posted by RetroVintageModStyle at 10:53 AM No comments:

Looking at the suit featued in the 1969 photo below brings to me echoes of the current collections of Etro. Although it's a suit I wouldn't wear because I'm not a fan of "barroque" clothes, I can't go without noticing the detailing and all. I suspect the fabric is linen. The tie blends well with the suit, and I do like it. For this wintery days nothing better than some sunshine, although it's in a photo ;) 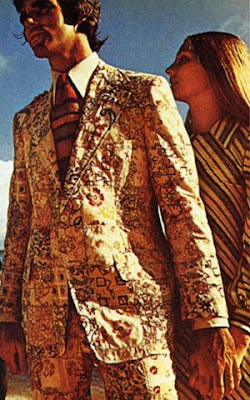 Posted by RetroVintageModStyle at 1:35 PM No comments: 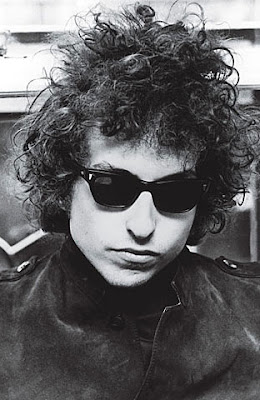 Photo:GQ
Posted by RetroVintageModStyle at 4:14 PM No comments:

A revival of the late 60s Edwardian style shirts can be see in this gold shirt below. Not to mention the background is very 60s too. 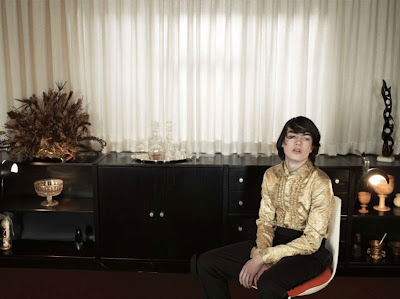 A bit of fashion extravaganza from 1971, brought by the Pop Concerto Orchestra. 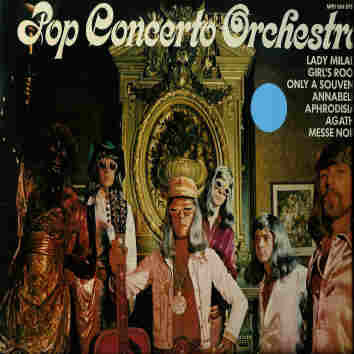 Posted by RetroVintageModStyle at 3:01 PM No comments:

Brad Pitt posing in the second pic with a very 60s mod outfit. 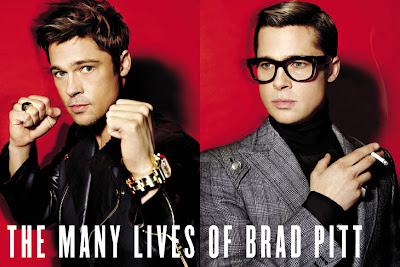 Photo: Details.com
Posted by RetroVintageModStyle at 11:04 PM No comments:

One of all my all time favorite and must have pieces of outerwear has been for years the classical Safari jacket. An item that appeared in the 19th century with the African Safari hunters and visitors and that was later revisited in the late 60s and early 70s by the legendary YSL (whose style during this period I'll later on discuss in my blog). Afterall YSL was very proud of his African heritage and this was evidenced throughout several of his collections.
Below we can see him at the 1969 opening of his Rive Gauche boutique in London wearing a Safari jacket with matching trousers that create a suit. It's worth noticing that the belt is made up of braided leather. 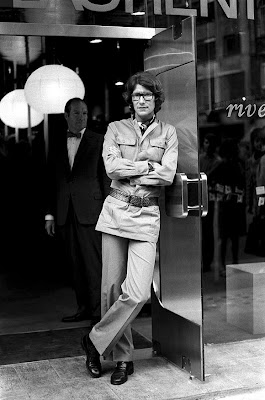 YSL is credited for designing a Safari jacket for women too, like this one modelled by Verushka in 1968 as part of his Rive Gauche collection. This same model was available for his mens collection that year. It is an updated version of a classic item. 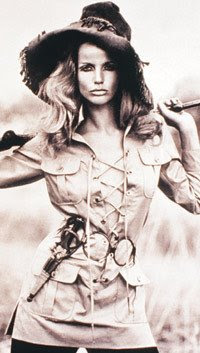 Throughout the 70s many designed and sold Safari jackets, whether it was in linen, cotton, or even fur (I own this vintage one). In recent years I've spotted in several stores, the most notable one being Zara, Safari jackets. Just several days ago I came across this Liz Claiborne cotton Safari jacket and purchased it. What I liked of it is that it can be worn on very cold or slighlty chilly days and it's design & price ;) 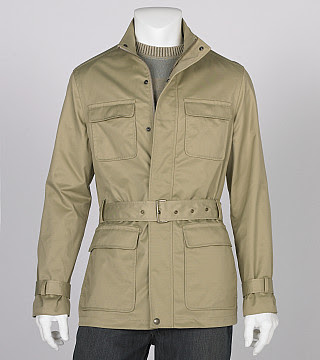 To end this post I'd like to say that a Safari jacket is definetly a must have wardrobe item due to its classical elegance and retro vibe.
Photos: Hellomagazine.com, Flickr, & LizClaiborne.com

Posted by RetroVintageModStyle at 10:18 AM No comments:

An example of modern (retro inspired) elegance and style...Pierre Casiraghi attending a fund raiser at Maxim's.

Photo: Flickr
Posted by RetroVintageModStyle at 12:35 AM No comments:

Michael Caine....Starting up 2009 with a photo of one of the most elegant men in history. Films like "Alfie" and "The Italian Job" inmortalized his style forever and made him a fashion icon of the late 60s and early 70s. This photo taken by David Bailey portrays Michael Caine wearing a classic black suit and tie paired up with his signature Oliver Goldsmith thick black frame eyeglasses from the 60s. 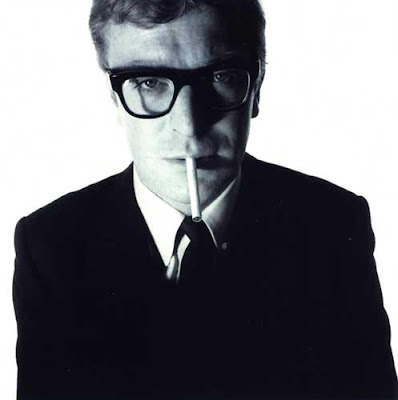